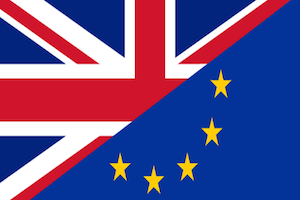 UK vs. Europe - Where is The Best Place to Work?


When one is considering different career opportunities, you have to take into consideration a number of factors. These factors include location, personal preferences, and of course, compensation and benefits of the job. For many, these two factors are deal breakers when it comes to job-hunting. For those who live in Europe or are thinking of moving to Europe, there are quite a few job options to choose from. However, there is that proverbial question of whether working in the United Kingdom will prove to be more beneficial than working in other European countries.


As a country with the 6th largest GDP in the world, you would think that the United Kingdom would be the obvious choice. But upon further studies, this decision may not be as easy as it seems. If given the choice, what would you choose? Here are some factors you might want to consider when you are faced with the decision of whether to work in the United Kingdom on in other European countries.


How Much Will You Get Paid


What Workplace Benefits Will You Get

Various studies and reports have shown that there seems to be a discrepancy in workplace benefits provided in the United Kingdom and other European countries. If you do a quick check, you will find out that only 2% of Britain's working population is offered income protection. Compare this with the working class of Netherlands, who enjoy a mandatory rule to be paid 70% of their wages for two years, should they need to get off work due to sickness. In Germany, workers are granted an extra month's salary as an annual bonus. In France, they get to enjoy five weeks worth of paid leave yearly. If these benefits are major factors for you, then you might want to consider pursuing a career somewhere other than the United Kingdom.


How Much Tax Will You Pay

The income tax rate determines how much of your salary you will be able to take home. Compared with other countries in Europe, the tax rates in the United Kingdom are generally of average values. According to a study conducted by the Organization for Economic Cooperation and Development or OECD, the figures below reflect the average tax rates paid by single people with no children.


Belgium tops the list with 42.80%, followed closely by Germany with 39.90%. The United Kingdom is found down the list, at 24.90% Of course, some of these collected tax will be used for social benefits that you will enjoy. However, if you would rather keep a larger chunk of your pay cheque, then you may want to consider a country with a lower tax rate.


What Opportunities Are Out There

This, like salaries, is dependent on the industry you wish to work in. In the United Kingdom, you can find a broad range of jobs available. From education, to engineering, to law, there are jobs or careers out there for you. In addition, the United Kingdom is retiree-friendly. Nowadays, more and more Britons are becoming self-employed. And these self-employed individuals come from the older Britons who are of retirement age, but who have opted to pursue a new career and being self-employed. It says a lot for a country to have this much support for individuals who would like to pursue their own dreams. Of course, it also has to be said, that in other European countries, unique opportunities and careers are available for everyone, especially for the young and the adventurous.