Which are the highest paying cities in banking?

With the impeding EU Referendum this June and stringent bonus cap regulations in place, bankers across the world search for locations with the best financial upside. In this study, we compare pay in cities at Analyst and Director levels to ascertain if one city is more financially attractive than others.

The clear winner in both cases is New York thanks to its high bonus policy. 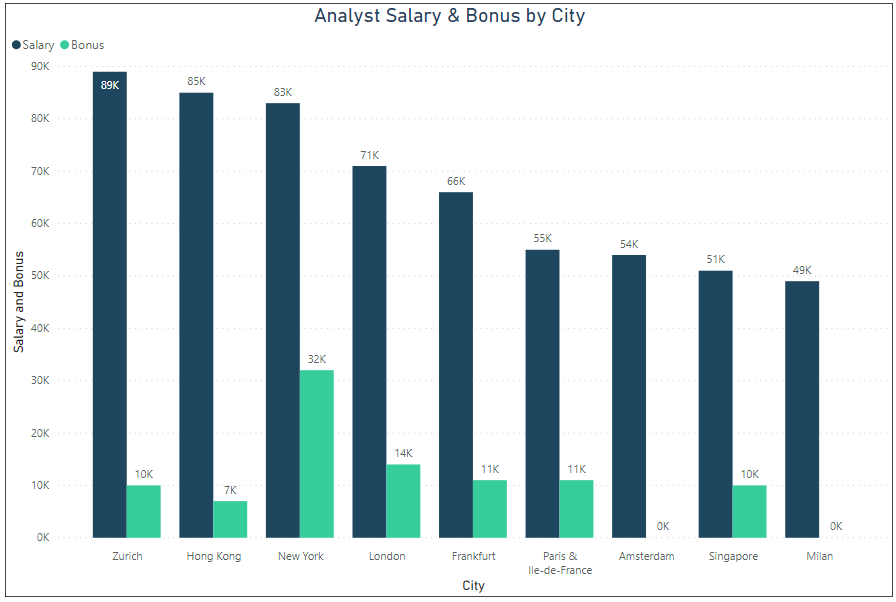 King of the Hill

New York is by far the highest paying city for front office Analysts,with a median yearly income of up to $115,000. In 2nd place are analysts in Zurich, earning 15% less than New-Yorkers.

Different bonus culture across the world

Banks in New York rely heavily on bonuses to incentivise their employees (bonuses represent 28% of Analysts' pay packet), while Europe-based banks' bonuses level out at 17% of Analysts' total compensation (Paris & London). The salary to bonus ratio is even lower for junior employees in other locations (most Analysts in Amsterdam & Milan do not get bonuses at all).

Should I stay or Should I go?

Before booking a ticket now and moving to the Big Apple, allow us to put the vast differences in salary into perspective. Income tax is a factor you have to take into account when comparing these different pay packets: even though total compensation for Analysts in Singapore is almost twice as low as it is in New York, the US tax man will only leave you with a net income of $75,000 down from $115,000 before tax. On the other hand, in Singapore, Analysts will only pay $3,000 of taxes on over a $61,000 total annual compensation, with a net income of $58,000. Taking into account cost of living, (NY is 20% more expensive than Singapore), the pay gap between both locations is almost nil. 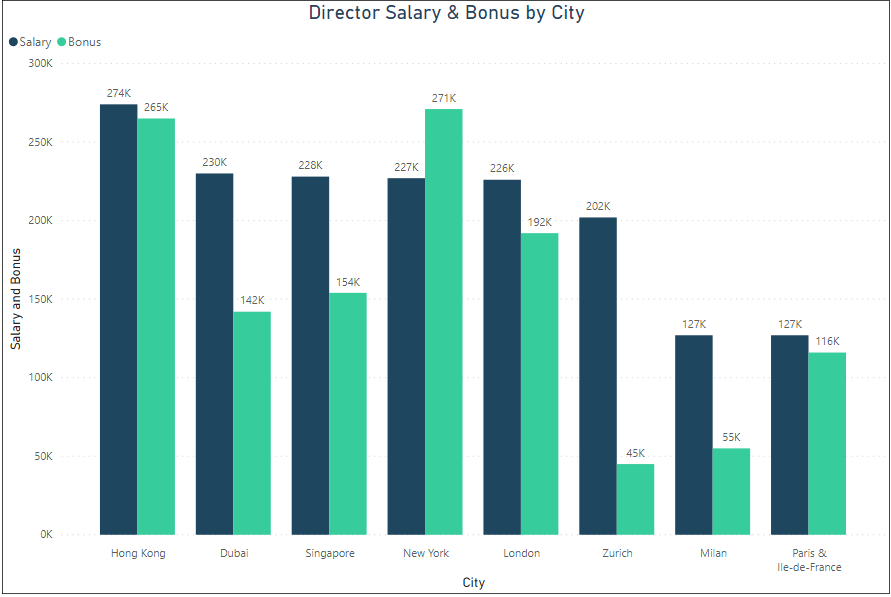 Data based on 1,209 front office Director entries with 7-12 years of experience

Hong Kong ahead of New York

Across all cities, Directors' bonuses account for a much larger part of total compensation (up to 54% in New York). At that level of seniority, high bonuses are used to give an incentive and retain key revenue-generating staff.

I'm a Director, get me out of here

According to our data, New York banks pay Directors 18% more than London but cost of living in NYC is 12% higher than in London, which makes it unlikely that someone will move across the Atlantic solely for this reason. However, further cuts in bonuses imposed in the UK by regulatory bodies could create a vastly different environment.

Directors in Singapore earn 6 times more than their Analysts. That can be explained by the fact that 80% of Analysts are Singaporean graduates, while 87% of Directors hold a degree from a foreign university. This disparity indicates that banks based in Singapore tend to hire local graduates for more junior positions, in order to reduce their costs, while they rely on foreigners to fill expensive senior positions.

Thinking about a move to Asia? Think twice

While Asia seems to be a sweet-spot in terms of balancing amounts of banking regulation, remuneration and quality of life, bankers should focus on available opportunities in specific institutions as some non-Asian banks still struggle to win mandates in the region, which could result in moving into a frustrating professional dynamic with low yields in terms of raising one's profile and visibility in the industry globally, impacting future earnings as a banker.