Equality in the boardroom: The 70 year wait 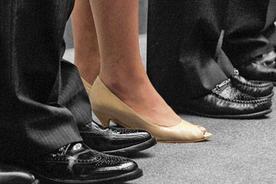 This morning, Burberry's chief executive, Angela Ahrendts made the headlines as the first female to rise to the top of Britain's executive pay league.


And with the hot topic of 'gender equality' reverberating loudly throughout the corporate world ;- Angela Ahrendts'ascendancy is a resounding warning that more needs to be done to re-dress the gender imbalance in the boardroom.

We asked Rupert Neate, a business and finance reporter for the Guardian, to provide some insight into gender disparities in the boardroom.

This is Rupert's first contribution in a series of articles exclusively written for Cityjobs.com focusing on the thrills, spills and drama of life in the City.


We were warned last week that at the current glacial pace with which big business is appointing women to the boardroom it will take 70 years until there are as many women as men running Britain's biggest companies.


In fact, despite mounting political pressure for companies to redress the balance there are now less women chief executives running FTSE 100 companies today than there were five years ago.


Those left flying the flag for women are Angela Ahrendts, the American boss of Burberry; Alison Cooper, CEO of Imperial Tobacco (the world's fourth-largest cigarette company and owner of Rizla rolling papers); and Carolyn McCall, head of budget airline easyJet.


In March and April just four out of 34 new FTSE 100 directors were women. And all of those four appointments (Diane de Saint Victor at Barclays, Daunta Gray at Old Mutual, Liv Garfield at Tesco and Belinda Richards at Resolution) were to non-executive rather than executive roles.


The proportion of women on FTSE 100 boards stands at less 18% - with less than two years to go to meet the government's 25% target set by former banker Lord Davies in 2011.


One of those is mining and commodity giant Glencore Xstrata, which critics may think might have made an effort to find a woman after Simon Murray, the chairman of Glencore before it merged with Xstrata, said women are "not so ambitious in business as men" because they have children.


"Pregnant ladies have nine months off," he added to a storm of controversy in 2011. "Do you think that means when I rush out, what I'm absolutely desperate to have is young women who are about to get married in my company, and that I really need them on board because I know they are going to get pregnant and they're going to go off for nine months?"


Murray's comments were attacked by Business Secretary Vince Cable as "unbelievably primitive" who said Murray "almost single-handedly" made the case for the government to impose tough quotas to force big business to appoint more women.


Two years on, Cable is getting impatient. He wrote to Murray earlier this year to ask why his board still lacks a female face.


Murray (whose wife holds a Guinness World Record for circumnavigating the world in a helicopter) replied in February: I can assure you of Glencore's commitment to diversity throughout its business including broadening of the composition of our board". The appointment of a female board director is a significant consideration and will be an important area of focus for the new nominations committee [following the merger with Xstrata].


Glencore Xstrata still has no women on its board.


Rupert Neate, a business and finance reporter for the Guardian, will be writing a series of articles on thrills, spills and drama of life in the City for Cityjobs.com


He was shortlisted for Reporter of the Year at the 2012 British Press Awards and the British Journalism Awards for his investigation that led to Liam Fox's resignation as defence secretary. He joined the Guardian in 2011 from the Daily Telegraph, where he worked for four years as City Diary editor and telecoms and technology correspondent.