Which city for bankers after Brexit?

We analysed 4,475 salaries and bonuses from front-office bankers working in London, Paris, Frankfurt and Milan to find out how a post-Brexit re-location could impact compensation. We also surveyed 1,065 bankers working in these cities to know how they feel about their workplace. Results show that European cities all trail behind London when it comes to pay, but Frankfurt may well offer bankers an attractive work environment. 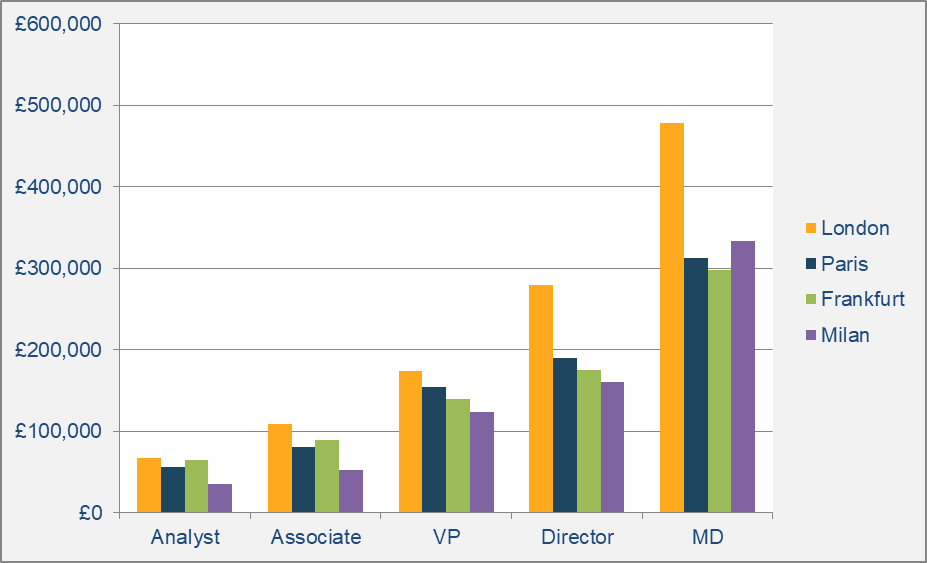 Brexit means... lower pay. If London banks were to move their workforce to other European cities, average compensation packages would decrease. From Analyst to MD, London offers the highest salaries and bonuses in the market.

No obvious winner: For Analysts and Associates, Frankfurt provides the highest compensation levels (£67,000 for Analysts and £89,000 for Associates), except for London. When it comes to senior bankers though, Paris is more attractive (at VP, Director and MD level).