What could it mean for bankers?

If Brexit were to come to pass, and London bankers were to consider opportunities on the continent, which would be the most attractive location for a professional relocation? 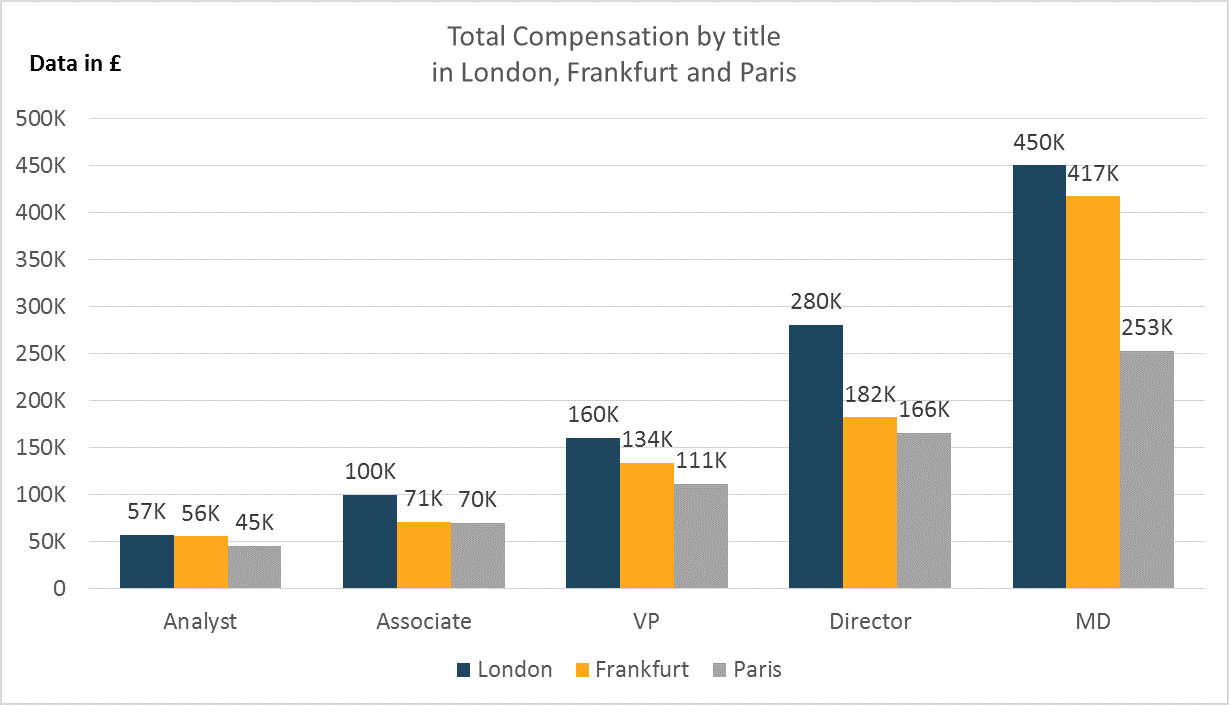 London offers the highest reward for front office professionals in banking. The pay gap between Paris and London widens dramatically from VP level (40%) and up to 80% for MDs! Moving to Paris would entail a steep pay-cut in case of relocation, even taking into account Paris' 35% lower cost of living.

Frankfurt may be worth the salary trade-off

London pays associates 40% more, VPs 20% more and directors 50% more than Frankfurt! However, with London being 60% more expensive than Frankfurt, bankers would be better off living in Frankfurt. 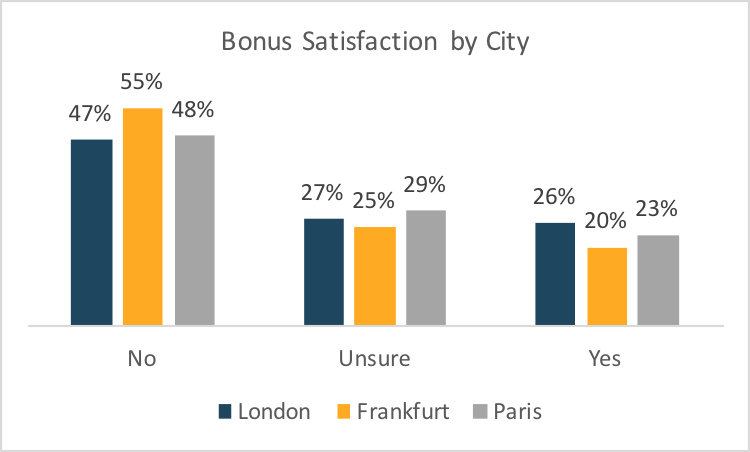 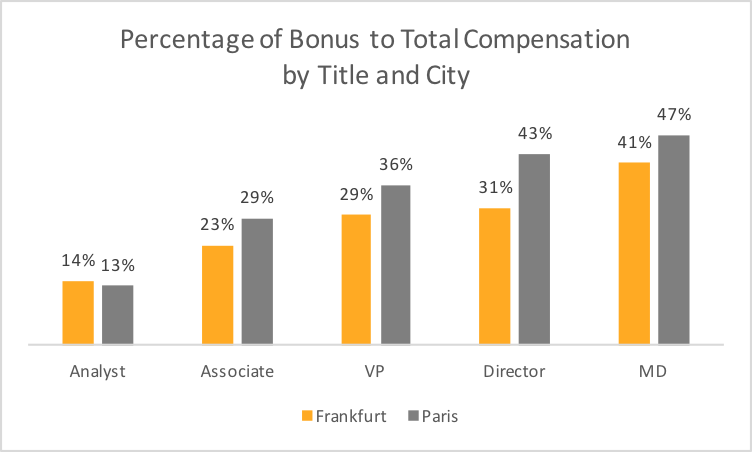 Focus on the big picture!

While Frankfurt bankers out-earn their Parisian peers, they are also the least happy with their bonus. According to our data, satisfaction depends on the ratio of bonus to total compensation. Pay packages in Paris show lower base salaries than in Frankfurt but bonuses making up a larger portion of total earning, which, as a result, feels more satisfactory.

Will we stay or will we go?

If Brexit were to occur, some banks have already announced they would be looking to relocate some of their front office activities to continental offices (such as Goldman Sachs to Paris). Until now, prestigious banking jobs were usually to be found in London; an attractive set of opportunities on the continent could, however, give London bankers cause to leave the UK; look out for a shift in high-end property prices in Zone 1.